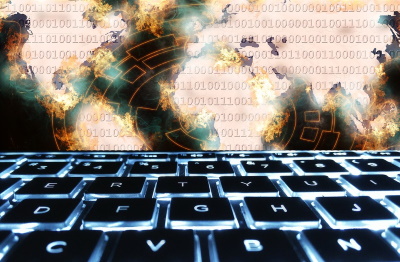 Video teleconferencing has become an important tool during the COVID 19 pandemic, which has resulted in many companies adopting work-from-home policies. However, this has also resulted in this type of connection becoming a new target for cyber security attackers.

Zoom has quickly grown in popularity over the past few months as a Video telecommunication service for both business and home users. Security concerns have however been raised regarding its encryption strategy. Researchers at the University of Toronto have raised concerns over the fact that Zoom uses AES-256 encryption, which maintains some elements of plaintext when encrypting its data.

Plaintext is when data is stored in plain English that can be read by anybody who intercepts the transmission. In contrast, encrypted data is scrambled into a form that is unreadable to anybody who does not have access to the encryption strategy or key that is used.

What are some teleconferencing best practices?

Understand the risks of Video Teleconferencing and use it to communicate appropriate information. There will always be inherent risks in using any VTC tool. Only use secure communication channels for important information.

Furthermore, keep your VTC software updated. Like any other software, telecommunication software often contain vulnerabilities that are repaired using software patches. Developers roll out fixes in their patch updates, and it is important to keep your computer updated to be protected from these known threats.

Don’t fall victim to security flaws in video teleconferencing software. Call us at +1 888 366 4443 for more best practices on how to protect yourself.