What Is Malware and How Can You Stop It? 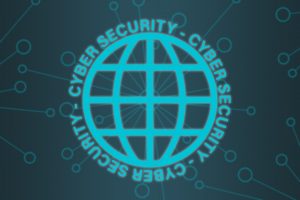 Malware, or malicious software, is any piece of software that is developed with malicious intent. There are many strains of malware that do everything from stealing sensitive data to locking files behind ransom walls.

There are many ways that a computer can become infected with malware. Many of these, such as phishing, rely on user mistakes. Phishing is a method of infecting a computer with malware by attaching fraudulent links or attachments to emails, pretending to be sent from legitimate sellers. Once the user clicks on the fake link, a malicious file is downloaded onto the victim’s computer.

Once a malware infiltrates a computer, it often communicates back with the cyberattacker’s terminal through the internet.

The effects of malware depends on the strain that is used. For example, ransomware is a specific type of malware that encrypts the files on a victim’s computer and demands a ransom to be paid, often in digital currencies, for the data to be released.

Another type of malware is called a botnet. This type forces groups of infected computers to become under the control of the cyberattackers, who then uses the botnet for further malicious activity such as launching Denial of Service (DOS) attacks on other targets.

Some malware have worm capability – this is a functionality that allows it to spread to other computers without user input. This makes worming malware extremely dangerous, as it can spread throughout entire networks without being detected.

An example of a worm-capable malware was Wannacry – a ransomware that was able to infect over 100 000 computers within 24 hours in May of 2017.

How do you Stop It?

In general, the less administrative privileges that a company’s computer has, the less of a weak point it is to the network as whole. It is important to keep administrative rights to only a few management devices, so that it is less likely that a key target computer becomes infected.

Segmenting your network with air gaps

As described above, worm malware can spread itself across a network without user input. The most secure way to protect your sensitive devices is by disconnecting them completely from the network. That way, if one segment becomes infected, you can be sure that another segment is still secure. Don’t fall victim to cyberattack – let our network experts help you design custom security solutions to keep your company’s data safe.