Employees Maliciously Cause Data Breaches at American Express and Yahoo 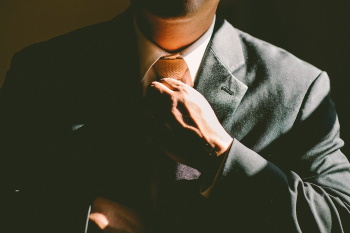 In two separate incidents, U.S. companies American Express and Yahoo have both been affected by data breaches of their clients’ personal information. Both attacks were the result of insider threats – a type of cyberattack caused by an internal person in the company.

What is an Insider Threat?

We often hear of cyberattacks as an external threat, and that our data is safe as long as our firewalls and backups are protected from the outside. However, a study conducted by McKinsey on data breaches between 2012 and 2017 showed that 50% of reported data breaches are attributable to internal employees. 44% are associated with negligent threats, and 6% with malicious threats.

To mitigate the risk of negligent insider threats, hold frequent seminars on cyber hygiene, recognizing symptoms of phishing, and signs of malware infection. Furthermore, network segmentation ensures that even if part of your network becomes affected, critical areas remain secure. For more information on best practices on cybersecurity, navigate to our article here.

A malicious insider threat is characterized by deliberate malevolent intent. These types of insider attacks are particularly dangerous to the company, as insiders often have detailed knowledge of internal protocols and security measures in place. One of the most common strategies used against this type of attack is employee monitoring software. This software detects ‘abnormal’ activity on an employee’s computer and reports it back to a system administrator. However, there are many disadvantages to this solution. In addition to the concerns for privacy and misuse, alerts are very prone to false positives. Furthermore this is a reactionary strategy, meaning that the attack has already occurred when the administrator gets a notification. One of the ways to counteract the privacy concerns is by using microsegmentation – a strategy that involves monitoring groups of PCs instead of individuals. Microsegmentation also reduces load on system administrators as they will have less systems to monitor and manage.

We can help you identify areas of vulnerability in your network. Contact us at +1 888 366 4443 or info@gige.ca for a consultation today.