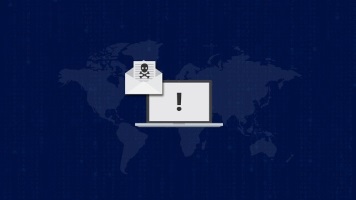 The list of ransomware victims continues to grow. Florida’s Lake City and Riviera Beach City have both fallen victim to cyberattack. Both cities have been forced to pay $500 000 each to the attackers in attempts to unlock the encrypted files.

On June 5th, the City of Riviera Beach released an official announcement stating that a “data security event” has occurred. One day later, the Lake City Police Department released a similar announcement, detailing that a ransomware attack had disabled many of the city’s systems, including email, VoIP and credit card channels.

As a result of the attacks, both governments have been thrown back to analog working environments, hand-writing bills and permits while the systems are recovered. Despite the ransom payments, there is no guarantee that the lost data will, or even can, be decrypted by the cyberattackers.

Riviera Beach released that the ransomware virus infected their systems through a malicious link in an email. Lake City, on the other hand, stated that their system was intruded after attacks on multiple fronts of their network.

Ransomware is a type of cyberattack that encrypts data on a computer and asks for a ransom fee for an unlock key. Encryption renders ordinary data unreadable, and can only be decrypted by using the key supplied by the attackers.

This type of attack has seen a massive uptick in recent years. Since January 2016, over 4000 ransomware attacks have occurred daily, according to the U.S. Department of Homeland Security. Targets of these attacks range from households and small organizations to governments.

There are many factors that caused the widespread use of ransomware. Firstly, the rise in cryptocurrency popularity have given attackers an ideal payment channel. Recent years has seen digital currencies such as Ethereum and Bitcoin rise in both usage and value. Bitcoin, for instance, costs around CAD 14 000 as of July 3rd 2019. Some of these currencies are designed to be difficult to track, therefore making them perfect for cyberattackers.

The unpreparedness of companies and governments to deal with ransomware attacks is another reason why this type of attack has been so successful. As demonstrated by the attacks of the Florida cities, ransomware causes significant damage to day-to-day functions. Therefore, businesses and governments are often forced to simply pay the fee to avoid compounding damage.

Don’t fall victim to ransomware. Managed IT service providers can help you design and monitor backups of your data to restore your systems in the event of an attack. GIGE IT Solutions provides customizable backup and security solutions tailored to your business goals. Call us at +1 888 366 4443 for an immediate consult.