Watch Out For These Dangerous Cybersecurity Threats 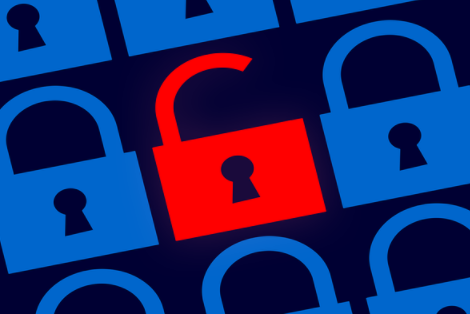 COVID-19 has moved many of our professional and personal interactions online. Malicious actors have been quick to take advantage of this situation, increasing their activity to infiltrate into corporate networks and stealing sensitive information. In light of this, it is more important that ever to utilize the latest cybersecurity strategies to protect yourself. Below are some of the most common and vicious cyberattacks that you need to watch out for:

One of the most dangerous types of cyberattack is called ransomware. This is a strain of malware attack characterized by attackers encrypting a victim’s computer data and demanding a ransom payment for its release. In 2019, it is estimated that ransomware attacks cost Canadian companies $2.3 billion.
The main leverage that a ransomware attack has on a company is the costs of company downtime. While important files are locked behind ransom walls, it is difficult if not impossible for an organization to carry out many of its functions, resulting in loss of revenue. For some organizations, downtime could cost up to $10 000 every day.

Furthermore, despite the promise of the attackers that that data will be released, there is never a guarantee that the victim could recover the data after payment. In some cases, data could be permanently deleted by the attackers after receiving the ransom.

Man-In-The-Middle Attacks (MITM)
In a corporate network, a server communicates with user computers. In a man-in-the-middle attack, the cyberattacker positions themselves in between these two points, intercepting and stealing information such as sensitive client data or user credentials. A replay attack is a subset of MITM attacks, where attackers will disguise themselves as a user by delaying the transfer of the intercepted messages. In Session Hijacks, another type of MITM, an attacker uses IP spoofing to change their IP address to copy a users, essentially fooling the server into providing the sensitive data directly to them.

DDoS Attacks
In a Distributed Denial of Service (DDoS) attack, attackers overwhelm systems with an immense amount of data, essentially causing widespread disruptions and downtime for the victim.
Botnets are one method that cyberattackers use to launch DDoS attacks. They are a group of computers that have been infected with malware, allowing for the attacker to use these systems to send vast amounts of information to a victim, overwhelming them.
The ping of death is another type of DDoS that involves pinging a target with enormous packets, once again overwhelming them and forcing the system to freeze.

Phishing Attacks
Phishing attacks are one of the most common types of cyberattack. In a phishing attempt, a malicious email is sent to a victim, often posing as a legitimate source, asking them to share information or click on malicious links. Oftentimes, the goal of phishing attacks is to gain access to credit card information, user credentials, or other personal data.

Homograph Attacks
A homograph scheme attempts to steal sensitive information from a victim by creating a fake website that poses as a legitimate source. After redirecting users to this phony website, they prompt the input of login credentials, which are sent directly to the attacker.
Trojans
Named after the historical strategy, a trojan attack is a malicious file that is hidden inside a legitimate file. By doing so, they trick users into willingly downloading the virus, and infiltrates into their computer.

Drive-By Download attacks
The final type of attack is drive-by downloads. These take advantage of insecure code protocols such as HTTP to insert malicious code onto websites. As users land on these webpages, the malware is downloaded onto their system through an embedded script.
The above cyberthreats only cover some of the present threats in the cybersecurity world. Furthermore, as more vulnerabilities in software are discovered, these threats become ever more dangerous. Don’t fall victim to cyberattack. Give us a call at +1 888 366 4443 or email info@gige.ca for a network audit today.